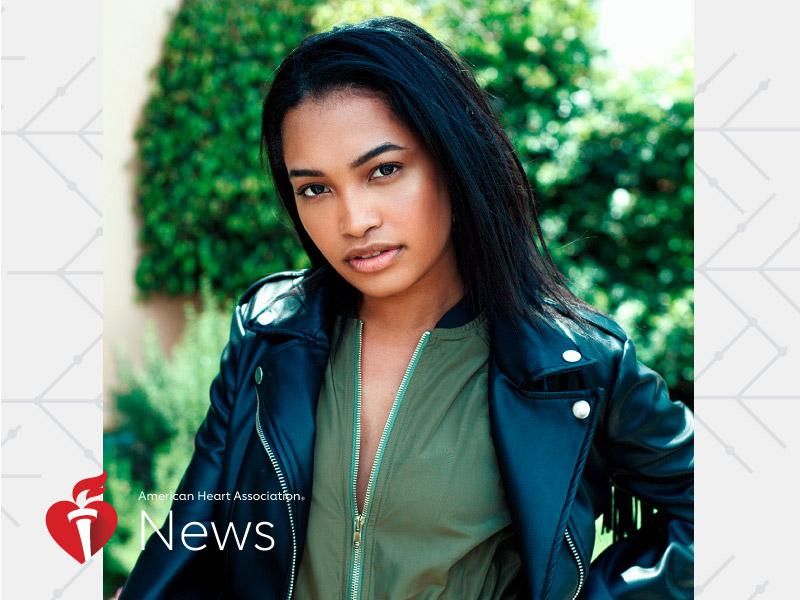 AHA News: After 3 Strokes, This Young Pop and R&B Singer Is at Work Again

Chelsea Keenan began singing in church when she was 7, and it was clear from the beginning she had a gift.

Indeed, shortly after her family relocated to California when she was 14, she signed with an independent record label and began booking gigs. She performed at AIDS Walk L.A., at the Relay for Life and in front of 4,000 people at the Los Angeles Special Olympics in 2015.

"I like connecting with the audience and seeing people smile, have fun and enjoy themselves," she said. "I get so nervous before a show, but there's nothing like being out there on stage."

At 18, she was preparing to embark as the headliner on a tour of Asia and Africa. It was a night like any other. She was watching a popular dating show when she realized she couldn't speak or use her right side. Her mom noticed her face was drooping and rushed her to the hospital, where doctors told her she'd had a stroke.

"I felt devastated," she said. "Going on tour has always been something I want to do and to have to cancel it was very hard for me."

Keenan spent 10 weeks in the hospital, recovering about 50%. As an outpatient, she continued physical, speech and occupational therapy. Eventually, she learned how to say her s's again without her tongue getting in the way. And while her face still drooped a bit, it was a big moment when she was able to smile normally. Walking unassisted was the most thrilling milestone.

But four months into her recovery, Keenan was at home with her family when she realized she didn't recognize her surroundings or her sister. She had no memory of the past several years. Her face started drooping, she couldn't speak, and she had trouble walking.

At the hospital, doctors confirmed Keenan had another stroke. After she was released a month later, she did about two months of intensive therapy. Speech pathologist Kristin Prieto of West Hills Hospital and Medical Center in Los Angeles asked Keenan to create a photo album. Each page had a theme or topic with photos and descriptions, such as her family or daily activities. To remind herself of certain key facts, Keenan made a video she watched every morning. She also put sticky notes with reminders all over the house.

"She wanted to get back to work," Prieto said. "That motivated her."

After her second stroke, Keenan started having transient ischemic attacks, also called mini-strokes, which are sometimes a precursor to an actual stroke.

Looking for peace and serenity, she moved to a friend's horse ranch a couple hours north of Los Angeles. She began riding as a form of therapy.

In January, while driving home to visit her parents, Keenan again experienced blurry vision and weakness on her right side. She forgot where she was going and traveled an hour out of her way. She called her mom, who had trouble understanding her but finally found her and got her to the emergency room.

It was another stroke.

Many relatives on her mom's side have had strokes, and doctors told her it might be genetic. Keenan also was born with a hole in the wall of tissue between the left and right upper chambers of the heart, called a patent foramen ovale, or PFO. That hole is present in utero and closes after birth, but sometimes that fails to happen. And while PFO is present in about a quarter of the general population, this increases to about 40%-50% in those who have a stroke with no known cause.

Not knowing is not easy.

"The hardest part is the uncertainty that this is going to happen again," she said. "Every time I get a side effect, I have to decipher if it's just me being tired or if I should go to the hospital. I can bounce back, but the uncertainty is scary."

Fearful she would catch COVID-19, the doctors recommended Keenan do her therapy at home. But she had trouble sticking to a routine. She told her mom she didn't want to do it anymore. Some days, she barely got out of bed.

Then, Keenan started writing songs again. She recorded them in a home studio her sister set up. Before her strokes, Keenan took an hour or so to lay down a track; now it takes her about two weeks.

"I don't have the same stamina, but the doctors say that's normal," she said.

Through social media, she has connected with other young people going through their own health issues.

"It's been nice to be able to encourage others, and I don't feel so alone," she said.

Keenan is working on her first video and a second album under her own label. In July, she released the first single, "Memory Lane."

"My first album was about boys, fun and hanging out," she said. "This one is more mature and honest."

She hopes it will help other young people with health problems.

"I feel like this is something I've experienced for a reason," she said. "I have faith that this won't hold me back. I just want to do what I love for the rest of my life -- singing and being there for others."