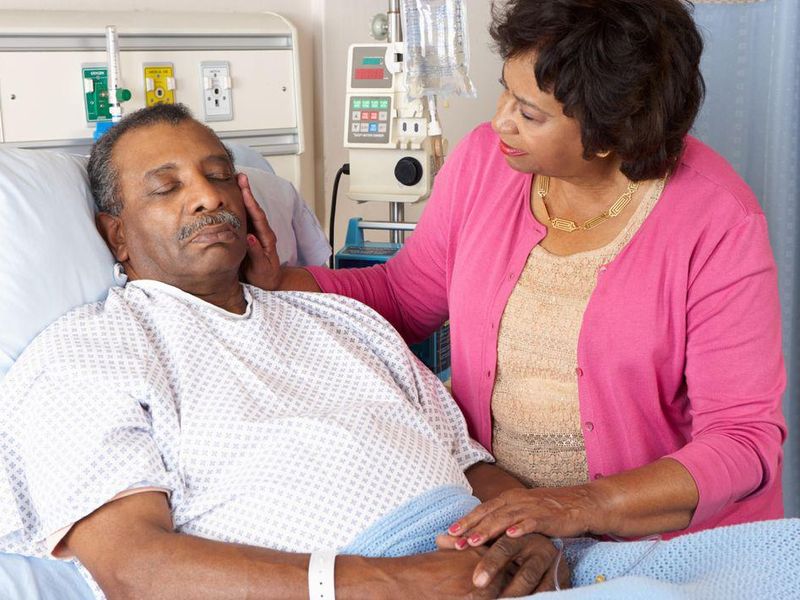 A new report on how Black Americans are faring against cancer offers up a decidedly mixed picture.

The risk that a Black man or woman in America will die from cancer has steadily declined over the last two decades, the newly published research found.

Unfortunately, that risk still remains higher for Black Americans than for other racial and ethnic groups, the research also showed.

"We found that from 1999 to 2019, rates of cancer deaths declined steadily among Black people in the United States by 2% per year, with a more rapid decrease among men (2.6% per year) than women (1.5% per year)," said study lead author Wayne Lawrence, a cancer prevention fellow at the U.S. National Cancer Institute.

"Nevertheless, in 2019, Black men and women still had considerably higher rates of cancer death than people in other racial and ethnic groups," he added.

The conclusions stem from an analysis of death data for Black individuals and other ethnic/racial groups gathered by the U.S. National Center for Health Statistics. The data included people aged 20 and older.

During the two-decade study period, more than 1.3 million Black men and women died of cancer, the data showed.

Still, cancer death rates among this group dropped 2% each year.

And death rates due to lung cancer dropped the most among men — 3.8% per year. Among women, the steepest drop was in stomach cancer, with death rates falling 3.4% annually, the investigators found.

But not all the trends were heading in the right direction. During the study period, liver cancer death rates rose among Black seniors. And the risk of dying from uterine cancer also rose among Black women.

As to what's driving the largely positive numbers, Lawrence said that the steady decline in overall cancer death rates among Black individuals likely owes to advances in cancer prevention, detection and treatment. He also cited changes in exposure to cancer risk factors, such as a decline in smoking rates.

At the same time, however, the researchers noted that for most cancers, death rates in 2019 were higher among Black Americans than among white people, Asians, Pacific Islanders, American Indians, Alaska Natives and Hispanics.

Among Black men, for example, the risk of dying from prostate cancer is five times higher than among Asian/Pacific Islander men.

Similarly, the risk that a Black woman will die of breast cancer is now 2.5 times higher than it is among Asian/Pacific Islander women.

Lawrence said any attempt to address the risk disparity would need to take a hard look at everyday reality. He noted, for example, the importance of figuring out why Black people "are more likely to reside in neighborhoods with poor accessibility to a cancer specialist, to see a physician with lower access to clinical resources, and to reside in communities with greater exposure to environmental hazards associated with cancer risk."

"Cancer deaths are driven by biology, exposures and access to specialized care," he noted.

Dahut said one potential way to improve the odds for Black Americans would be to increase research on "the biologic differences, which may be driving the increased death rate, in order to devise targeted screening and therapeutic strategies."

At the same time, he echoed the need for a deeper look at how job-based and/or environmental exposure to hazardous toxins among Black people may drive up their risk.

The study was published online May 19 in JAMA Oncology.

Learn more about cancer trends and race at the American Cancer Society.