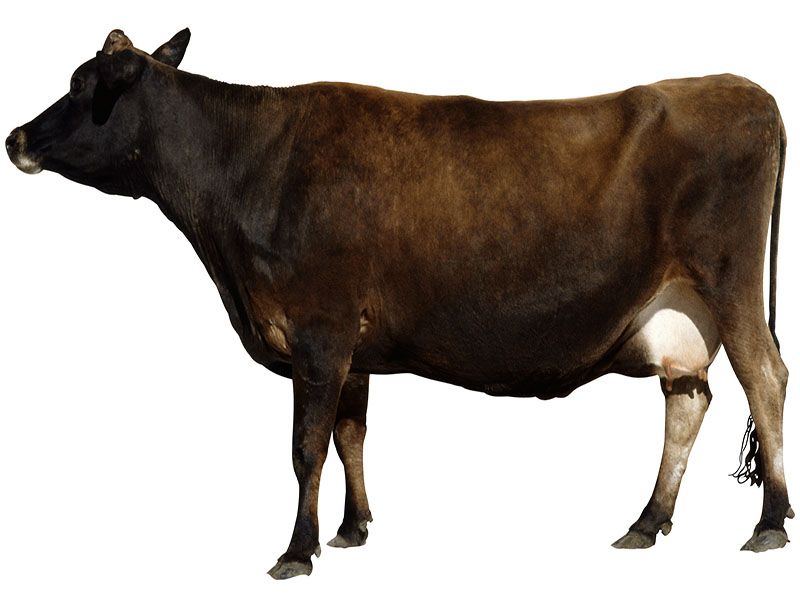 The U.S. Food and Drug Administration on Monday gave the green light to the sale of beef from gene-edited cattle.

"Today's decision underscores our commitment to using a risk and science-based, data-driven process that focuses on safety to the animals containing intentional genomic alterations and safety to the people who eat the food produced by these animals," Dr. Steven M. Solomon, director of the FDA's Center for Veterinary Medicine, said in an agency news release.

"We expect that our decision will encourage other developers to bring animal biotechnology products forward for the FDA's risk determination in this rapidly developing field, paving the way for animals containing low-risk IGAs [intentional genomic alterations] to more efficiently reach the marketplace," Solomon added.

Created by Recombinetics, the cattle are the third genetically altered animals approved for human consumption in this country after salmon and pigs. Many other foods, including soybeans and corn, are made with genetically modified ingredients.

The cattle had genes altered with a technology called CRISPR to have short, slick coats that help withstand hot weather. Cattle that aren't stressed by heat might gain more weight, making for more efficient meat production.

The company did not say when home cooks or restaurants might be able to buy the beef, but the FDA said it could reach the market in as early as two years.

Unlike the salmon and pigs, the cattle did not have to go through a lengthy approval process. The FDA said the cattle were exempt from that because their genetic makeup is similar to other existing cattle and the trait can be found naturally in some breeds.

Greg Jaffe, an expert in biotechnology at the Center for Science in the Public Interest, said the FDA made clear it wasn't exempting all gene-edited animals from the longer approval process.

"They reinforce the idea that this is a case-by-case review," Jaffe told the Associated Press.

He said the agency should be more transparent about the review process, which could generate greater public acceptance of gene-edited products.

But Jaydee Hanson, of the Center for Food Safety, told the AP that the FDA should follow the animals for several generations to spot any potential problems.

Find out more on the history of gene-edited livestock in the United States.