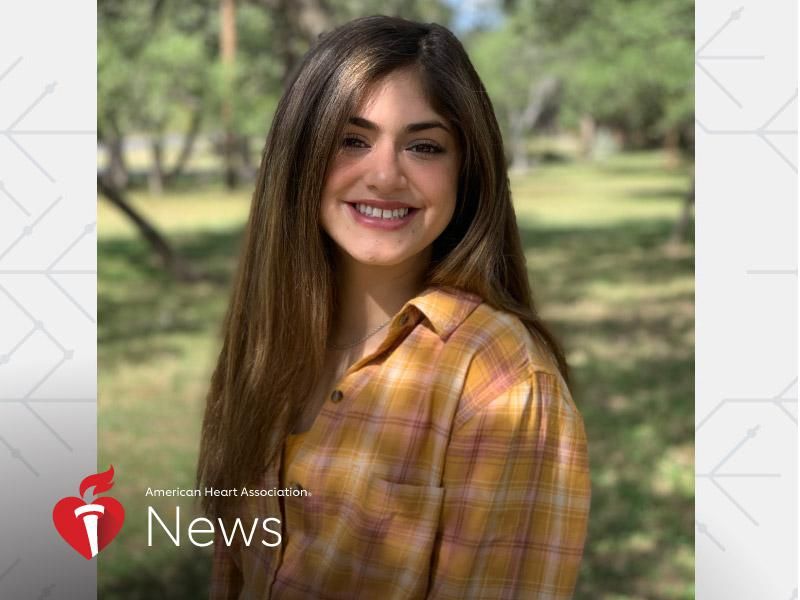 Madeline "Maddie" Ramon is used to being asked about the scars that can often be seen poking out the top of her shirt.

"When I was younger, I had a heart problem and I had heart surgery," she tells people. "And I'm good now."

Katie Ramon smiles when she hears Maddie say that. Calling Maddie "my little patchwork baby," Katie considers the scars a source of pride.

"You're a fighter," Katie has often told Maddie. "Tell people what you've been through."

Then again, it's tough for Maddie to remember most of what she went through. Her three open-heart surgeries came before she was 2.

The day after Maddie was born, a team of doctors and nurses entered Katie's room.

"We think that something with the heart on the left side didn't form correctly," a doctor said. The problem couldn't be resolved at this hospital. Katie needed to be transferred to another hospital in Austin, Texas, with more specialized care.

Katie had just left her newborn swaddled in the nursery. She returned to find her intubated, "with wires and tubes everywhere."

A nurse offered to take a picture of Maddie. That's when it hit Katie that she might never see her daughter again.

At the next hospital, Katie learned Maddie had hypoplastic left heart syndrome, a congenital heart defect that occurs when the left side of the heart doesn't develop properly. Without surgery, the condition is fatal, usually within the first few weeks of life.

Maddie was 10 days old when she had the first of three required surgeries. Called the Norwood procedure, it allows the right ventricle to pump blood to both the lungs and the body. Blood is directed to the lungs through a shunt. As part of the operation, her heart had to be stopped as she was connected to a heart-lung bypass machine.

"I can't explain that feeling of being absolutely terrified knowing that was happening," Katie said.

Maddie came out of surgery so swollen that she was nearly unrecognizable. She was hooked up to several machines and a large patch covered her still-exposed chest until the swelling subsided.

"I was worried about her quality of life," Katie said. "The doctors said she should never get pregnant and she'd never be an athlete, but other than that, she can have a pretty normal life."

Over the years, Maddie had some medical setbacks. These included an episode with internal bleeding and growing capillaries that needed to be blocked off.

Yet, through it all, she made friends, played in the neighborhood, rode a bike and even horses, and went snow skiing.

In 2019, she graduated high school. She now works at a restaurant, where she can do everything except lift heavy boxes.

"I know my limits," Maddie said. "If I'm not feeling OK, I'll tell an adult around me."

Katie still worries about Maddie's heart. She knows her daughter is likely to one day need a heart transplant. Katie prefers to think about all the years they've already enjoyed since that traumatic day when she thought she'd never see Maddie again.

"When she was little, I never would allow myself to imagine her at certain ages, so now I'm just trying to enjoy her," Katie said. "That she made it this far is just a miracle."

Maddie shares her story as a volunteer for the American Heart Association's Go Red for Women. She especially enjoyed talking to a mother a few years ago whose baby had received her same diagnosis.

"When we talked, I could see her eyes just light up," said Maddie, who has some advice for other children facing a diagnosis of hypoplastic left heart syndrome.

"It's going to be hard at first, especially when you're younger, because you can't do sports as much as your friends," she said. "But as you get older, it gets better. Then you can pretty much do what you want."