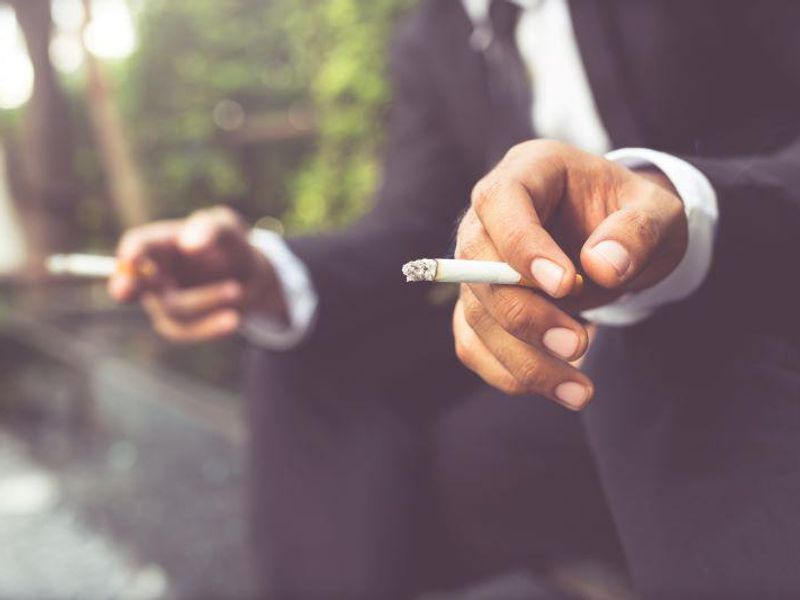 Cigarettes are still responsible for far too many cancer deaths every year in the United States, a new study finds.

In 2019, nearly 123,000 U.S. cancer deaths were from cigarette smoking (30% of all U.S. cancer deaths), leading to nearly $21 billion in annual lost earnings. These losses were much higher in states with weaker tobacco control laws, particularly in the South and Midwest, the researchers reported.

"Our study provides further evidence that smoking continues to be a leading cause of cancer-related death and to have a huge impact on the economy across the U.S.," said researcher Dr. Farhad Islami, senior scientific director of cancer disparity research at the American Cancer Society.

"We must continue to help individuals to quit using tobacco, prevent anyone from starting, and work with elected officials at all levels of government for broad and equitable implementation of proven tobacco control interventions," Islami said in a society news release.

For the study, the researchers estimated the number of cancer deaths tied to smoking as well as lost earnings among people aged 25 to 79.

The researchers calculated that years of life lost was 47% higher in these states. They also found that if other states had followed Utah, a state with more smoking regulations, for example, more than half of the lost years of life would have been avoided.

"Increasing the price of cigarettes through excise taxes is the single most effective policy for reducing smoking. In many states, state tobacco excise tax rate remains low, particularly in the states with the highest smoking rates," said co-author Dr. Ahmedin Jemal, senior vice president of surveillance and health equity science at the American Cancer Society.

"Eliminating existing gaps in Medicaid and private insurance coverage of cessation services is an important intervention to reduce smoking-related cancers," he said in the release. "This would also provide access to all types of counseling and all medications approved by the [U.S. Food and Drug Administration] without cost-sharing to the patient."

The report was published Aug. 10 in the International Journal of Cancer.

"This report further demonstrates just how critical reducing tobacco use is to ending suffering and death from cancer," said Lisa Lacasse, president of the American Cancer Society Cancer Action Network.

"To end the scourge of tobacco on this country, reduce the health disparities it inflicts, and decrease tobacco-related diseases like cancer, we need local, state, and federal lawmakers to pass proven tobacco control policies, including regular and significant tobacco tax increases, comprehensive statewide smoke-free laws, adequate funding for state tobacco prevention and cessation programs and ensure all Medicaid enrollees have access to comprehensive tobacco cessation services, including all three types of counseling and all FDA-approved medications," she said.

"We have the tools to get this done. We just need lawmakers to act," Lacasse said in the release.

For more on smoking and cancer, see the U.S. Centers for Disease Control and Prevention.